Find out how Bill Fales overcomes labour intensive and traditional methods of feeding out to his livestock, being the biggest challenge on his family ranch in Carbondale Colorado.

Bill Fales inherited his Ranch through his wife's family and been living and working on it for the last 45 years. One of Bill's challenges with feeding out has been that he was used to traditional feeding methods from the generations before,  feeding out with small bales which were labour intensive. He also used a spinner on his 3 point hitch, when feeding out with grass hay this would make it tough as it would not feed in an even windrow for the cattle but be in a big lump which caused a lot of hay waste!

"I couldn't believe it, but it saves a lot of hay"

This was a turning point for Bill when he experienced a Hustler TX205 (X5000) Bale processor. Saving him hay, easy to use and feeds out an even windrow without destroying the Alfalfa leaves. Bills says, his calves can utilise the forage better when feeding out with a Hustler TX205 (X5000) bale feeder, it does such a gentle job on the hay and feeding out an even windrow.

"Not sure why but it absolutely is a fact!" 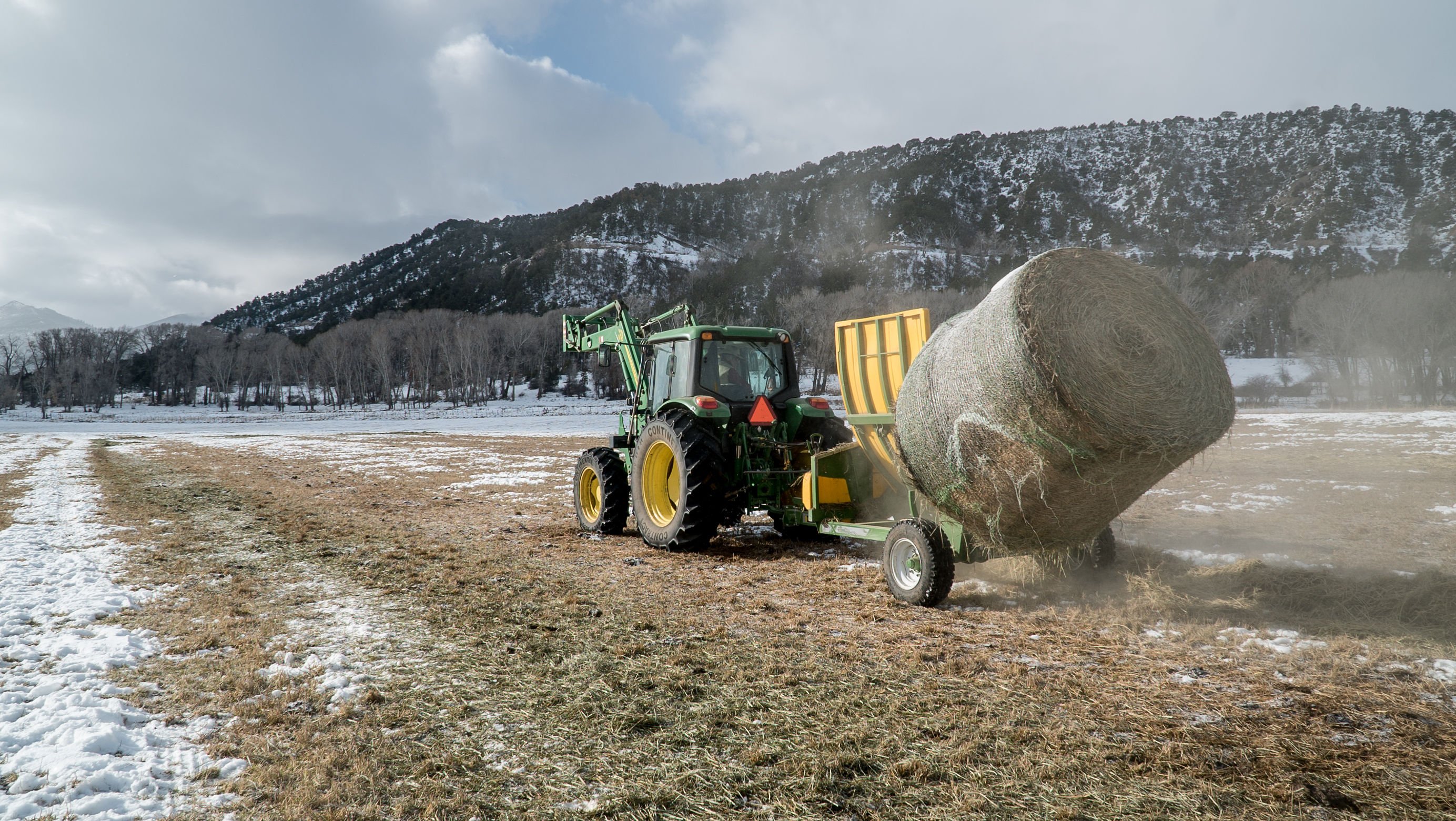 Bill goes through much effort to ensure that when he is baling his hay that the moisture content is perfect and not shattering the Alfalfa. So when feeding out, it is essential that the grass is teased out and not broken up and the nutrients destroyed. Bill has seen the difference when his Neighbour feeds out with a traditional bale processor the valley gets dusty and full of hay particles as he is shattering the hay when feeding, losing all the nutrition which is not benefiting his livestock. To survive in an economic climate Bill has to do everything he can to be economically viable. This is why he invested in a Hustler Bale Processor.

"It's just been a great machine for me"